Digital driving ahead as flexibles face the future 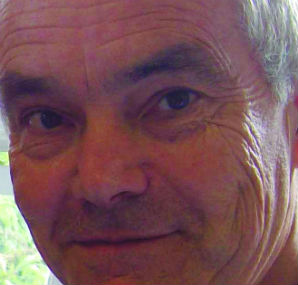 As we head towards a very welcome seasonal break, it's time to take stock of some of the developments in the industry over the past 12 months. Particularly noteworthy has been the inexorable progress of digital technology - in prepress, printing and finishing, and workflow - which has capitalised on the equally significant trend to shorter runs.

More and more companies are investing in digital presses to broaden their capabilities and open up new markets. At the same time, we have seen increasing innovation by the suppliers of digital prepress and finishing systems, and the implementation of fully digital workflows at a growing number of converters and printers.

It will be especially interesting to watch the industry's response to Benny Landa's introduction of Nanographic Printing technology. Its initial target is the fast growing folding carton sector, as highlighted in a new white paper from Landa (see news section). Next month's issue of Converting Today will include a summary of this publication, which sets out the manufacturer's claims for the technology and the case for its adoption.

Also notable this year have been more mergers - Korsnäs and Billerud; Chesapeake Services and Multi Packaging Solutions; Graphic Packaging and Altivity Packaging - as well as the growing involvement of Indian companies in the global films market - Uflex, Jindal Poly Films and M/S Flex Industries, in particular.

According to research analyst MarketsandMarkets, Asia-Pacific now has the highest share of the global flexible packaging market by end-use, and is expected to grow at 7.1% CAGR over the next five years. However, while the Rest of the World is also expected to experience growth at a CAGR of 6.0%, Europe will manage just 3.9% during the same period, mainly in the East European markets.

In a similar vein, PCI Films Consulting reports a slowdown in the European converted flexible packaging market's value growth last year (to 2.1%, down from more than 5% in 2011), blaming weaker demand and lower raw material inflationary pressures.

So, ending on a more positive note, here's to a very happy Christmas and a healthy and prosperous New Year!